Apologies for the lack of an update recently, Liz and I have been quite busy with final arrangements and attending the UKMOC Weekender 2014. An annual get together of all things Ducati Monster. It all seemed to go rather well, but now back to matters in hand.

"I'm going to spend, spend, spend!,"as Viv Nicholson once said. Unfortunately having not won the pools my bank account will have to suffice. So the crank is back from balancing. 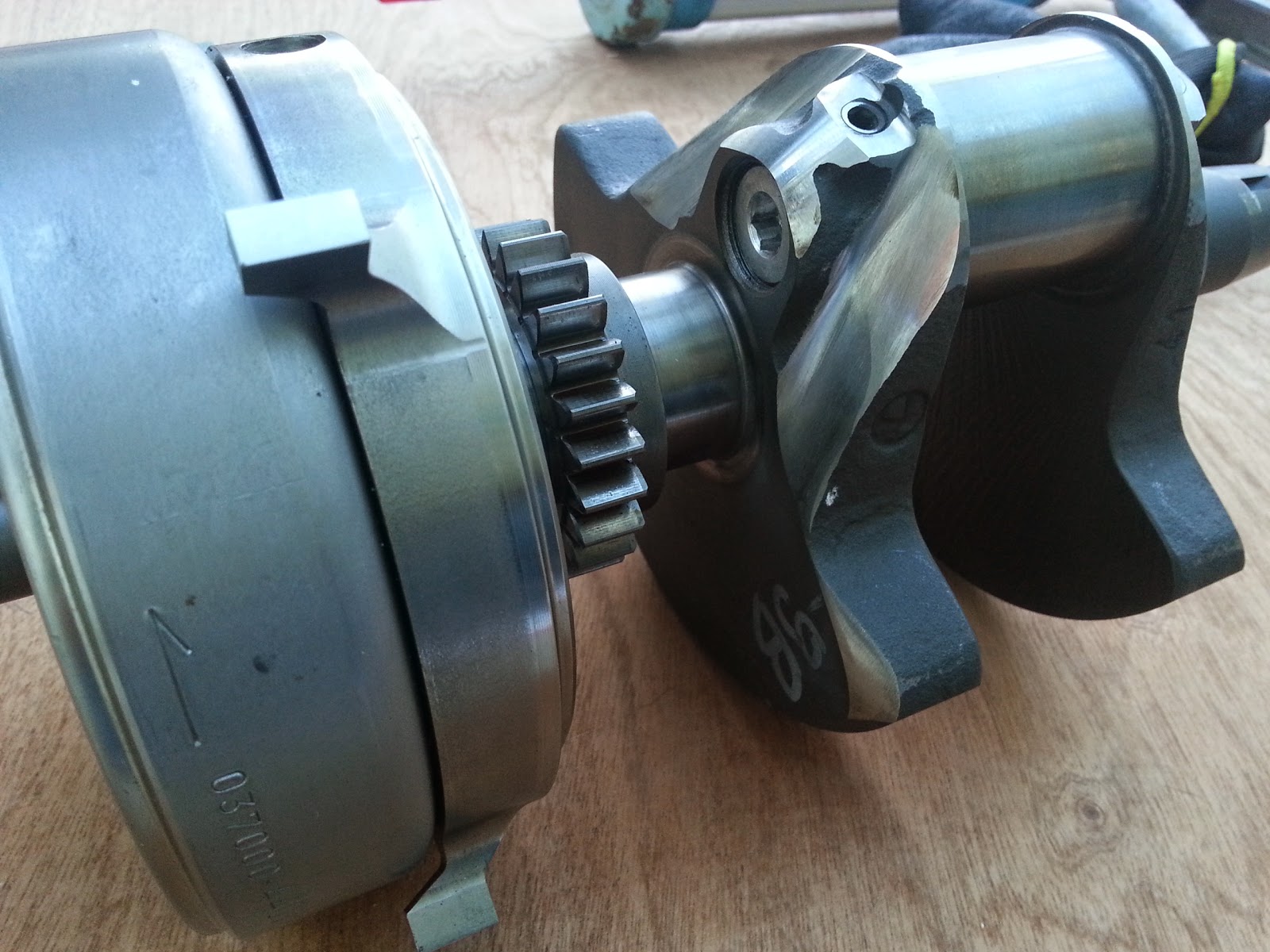 What I didn't initially notice was that not only that the crank has been worked on, but the rotor on the end as well as both conrods have been balanced and matched. Things like this I like quite a lot, as in my mind this will help with not only with a smoother running engine but less wear on main bearings and the like. 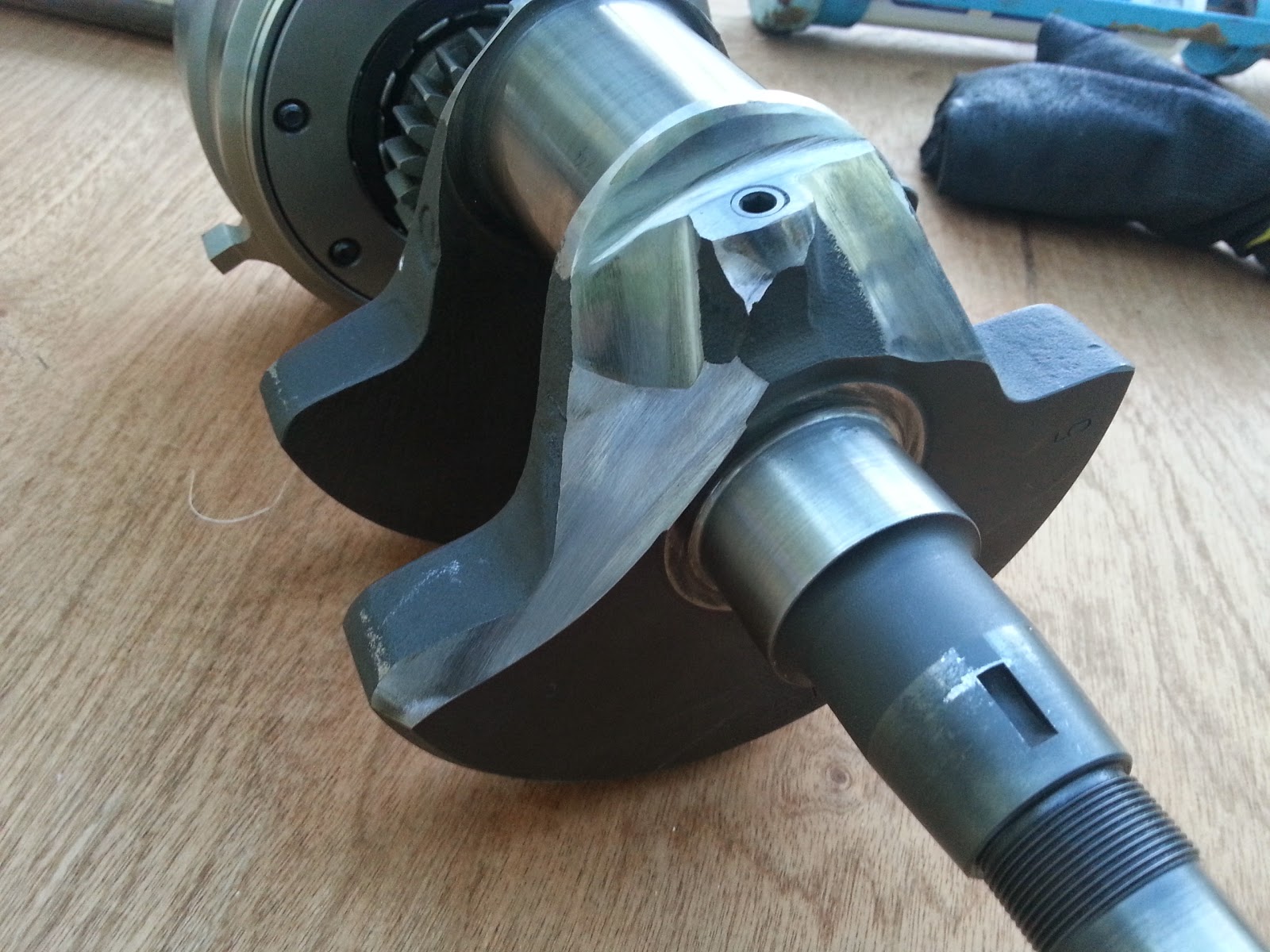 Now I can tell you that the bottom end of the motor has been completed, I'll post up some pictures when I can as long as Chris has taken some. As I was out on UKMOC duty I missed getting over to the workshop. I hope the rest of the engine work will be completed this coming Saturday. Why? Because sitting on the floor at home is this! 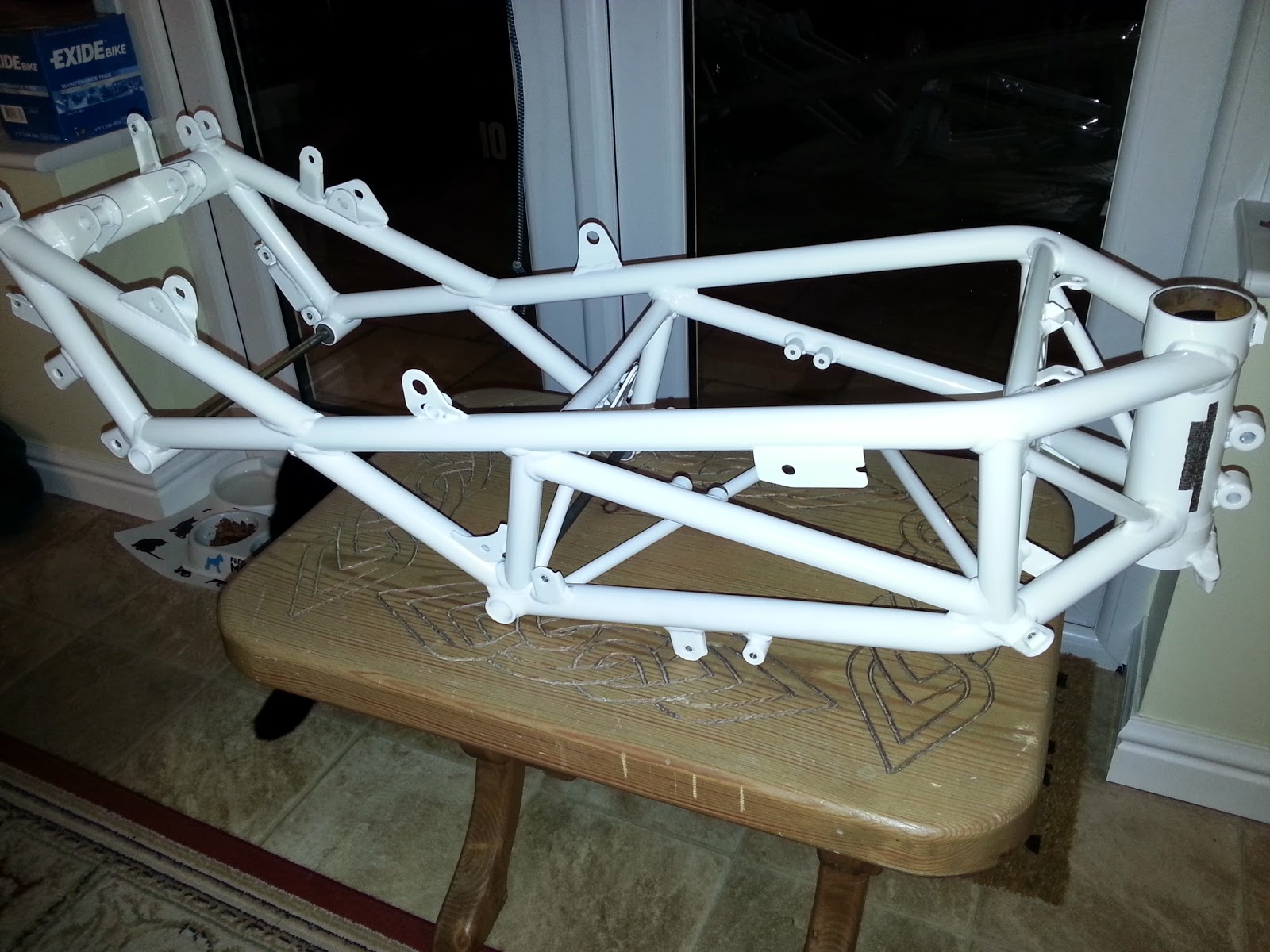 Nick at Reality Motorworks has done a cracking job on the frame and wheels. On the right you will see where the frame number resides, I asked for this to be masked off so I can paint it and leave it readable should anyone need to read it in the future without having to resort to scraping off the powder coating. 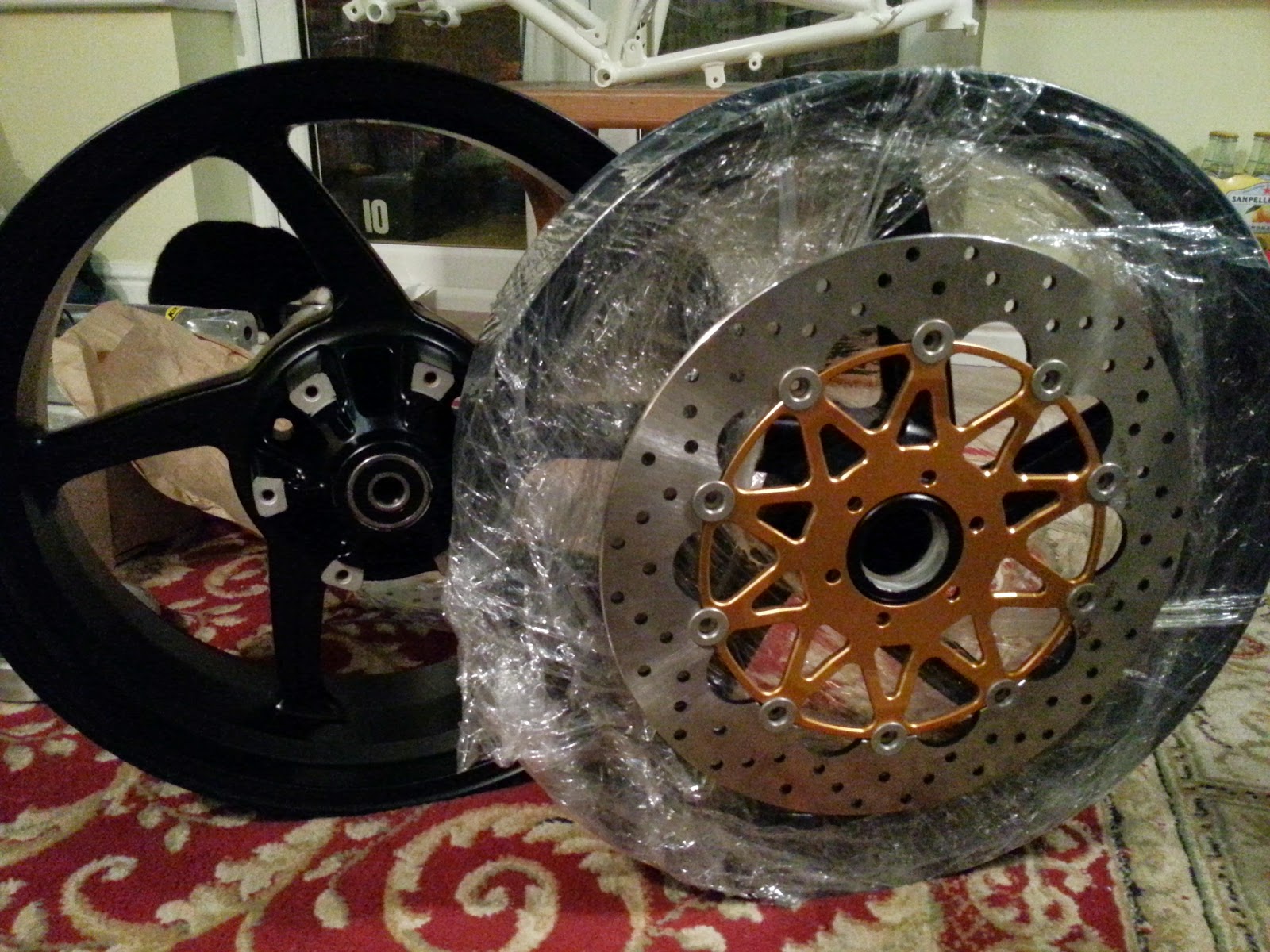 Wheels are in satin black and the fronts will be adorned with some new Grimeca discs, Rich says they have Harris centres, Brembo bobbins and Grimeca for the outer. I've no idea but they look great. I'll get the new bearings in the front wheel as soon as the spacers have been machined to suit the 20mm axle. 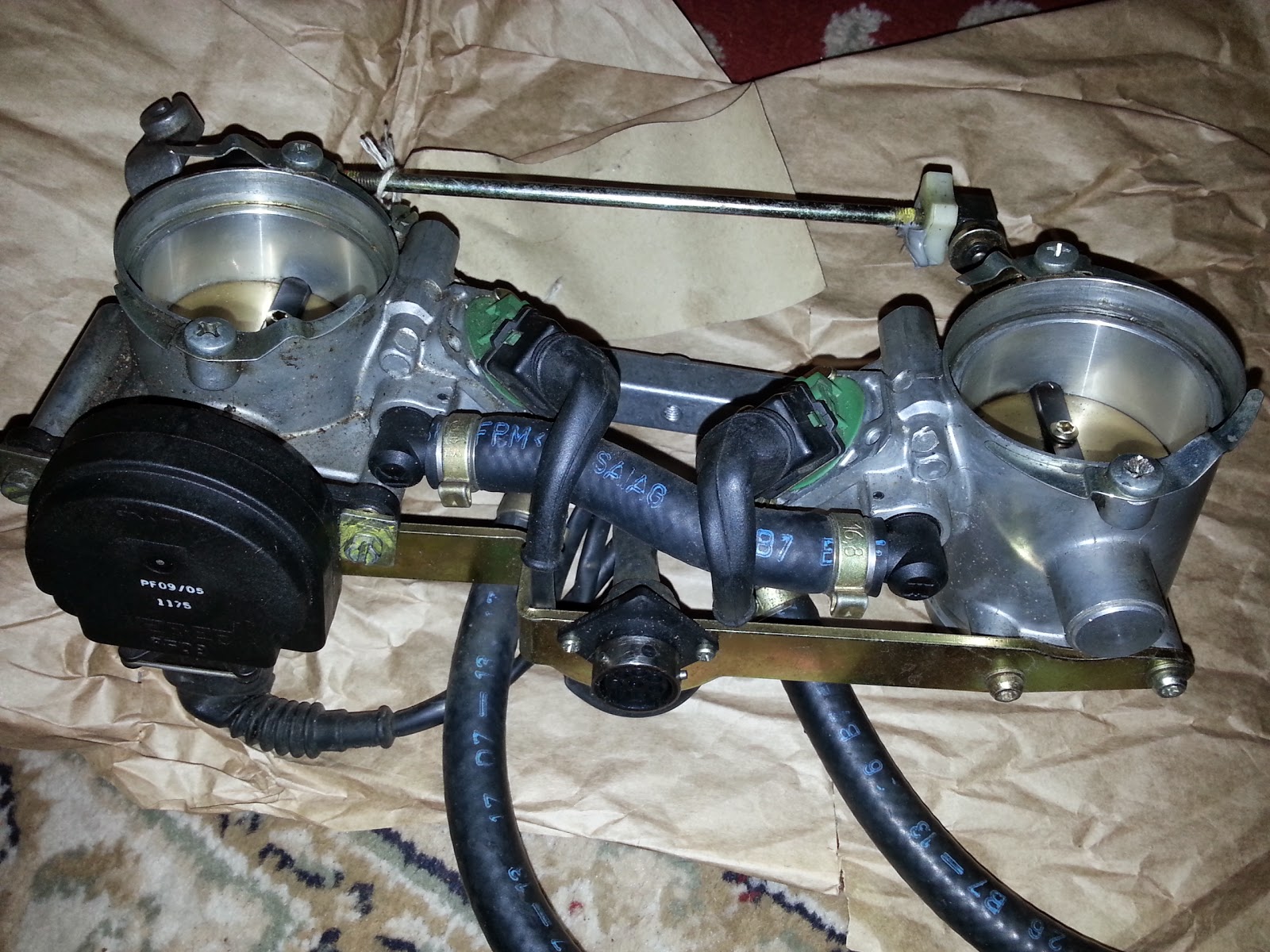 A new set of injectors have been sourced down at Louigi Moto complete with a nearly new TPS, these replace the ones below. 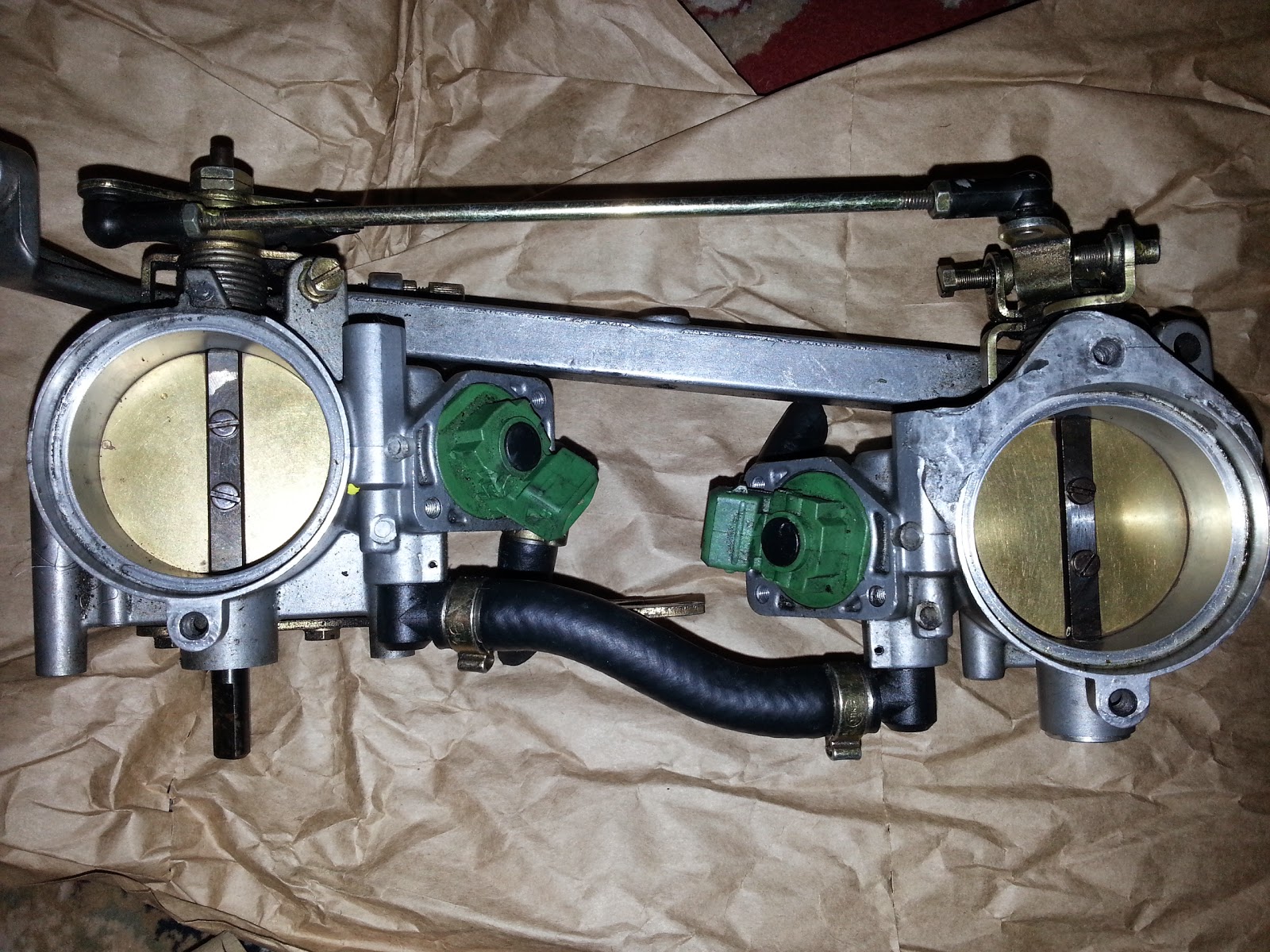 I still have no idea how you can snap of both right hand side inlet mounts!
So this is where we are at today with some test assembly work going on. This is just as well as the bottom yoke I had intended to use had a very slightly differing offset to the OE one, so back to the old one which is fine, I had just preferred the look of the newer one. That said I'm going to fit a later SSie top yoke as the OE one has been randomly drilled to mount the reservoirs. 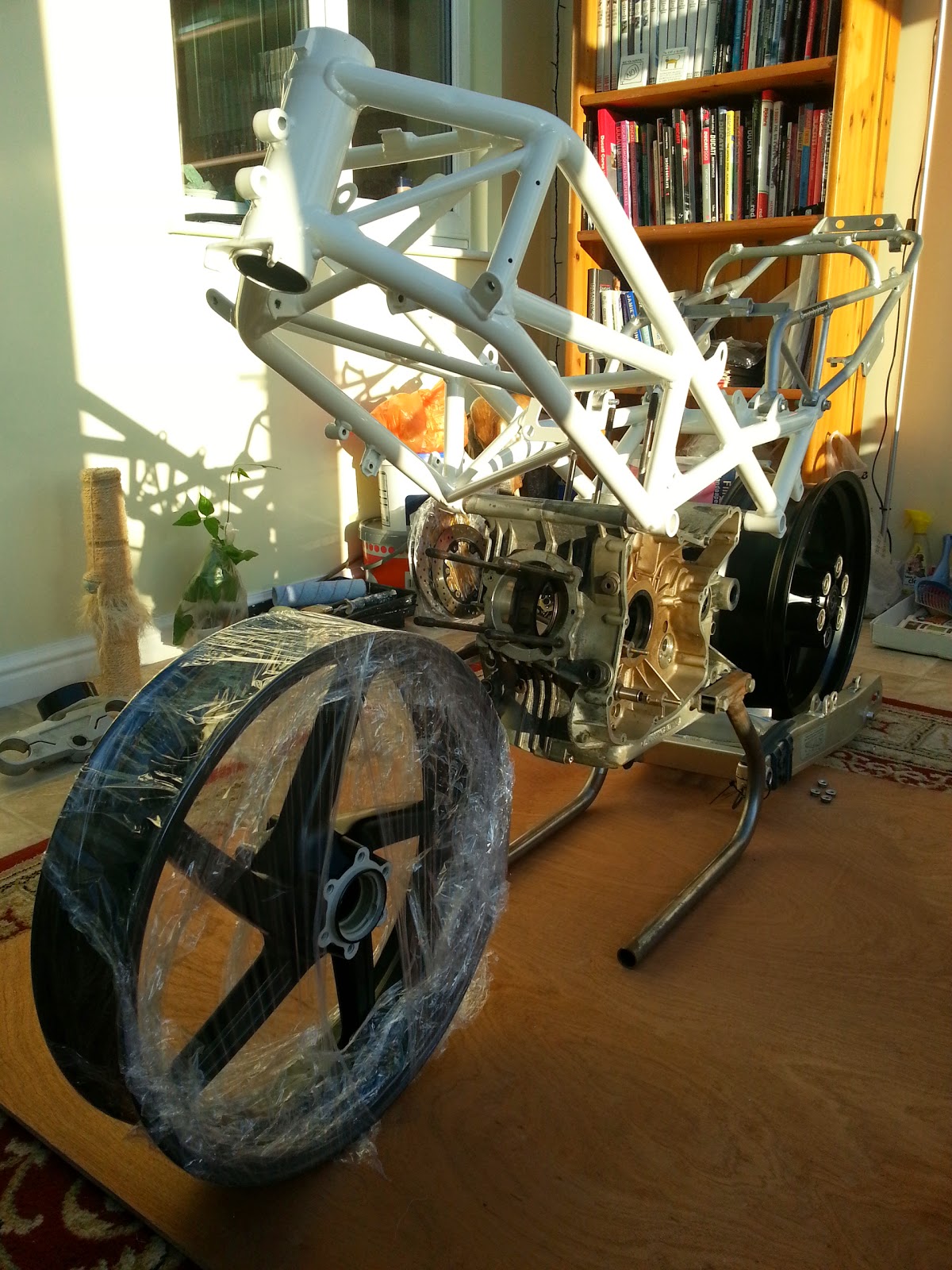 And finally, I mentioned in the last update that there was a name. Now bear with me here, with all the mention of a Nice Pair previously this put me in mind of the second album I ever bought. This was a double album called A Nice Pair and contained two Pink Floyd albums, The Piper at the Gates of Dawn and A Saucerful of Secrets. One track is called See Emily Play which I also later found out is the name of Stuart's Nan, so that seemed to be a bit of good kismet.


So come to the IoM in August and see Emily play.