Testing in a couple of ways, bikes and weather.

After a morning of photography in the garage the rain as it does sometimes gave a short window to finally get Katy out. 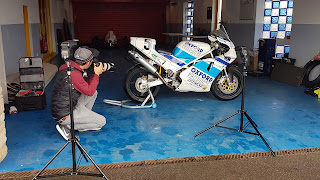 James got a run in and on the whole I think it was a positive experience, even in the still iffy conditions he did get a little quicker each lap whilst getting used to quite a different machine beneath him. Just a short list of wishes from James bar grips and gear shift positions to name two. 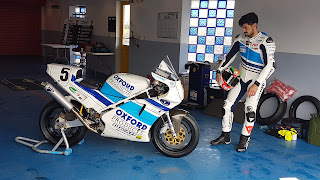 After James, Adam Child "Chad" of MCN managed to shower dodge for a few laps but it was still greasy over the far side of the circuit to really press on, so maybe if we get out again we can invite MCN for another blast. Hopefully we'll hit the presses in a week or so and be on a news stand near you!
After all had given up hope and departed Castle Combe we just managed to get Rich Llewellin out, again just a few laps as James thought he could hear a noise like pinking whilst he was on board. Rich returned and after trying a few ways of replicating the noise and just complained that she was a beast and would wheelie in 5th gear. It was also still greasy out and about and again Rich took it easier than normal so she must go quite well. 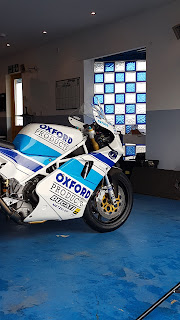 Click on the link below to see James away for the first time.

In the meantime work continues on her older sister Emily in the garage and Louigi's workshop. A new 996cc engine has been crafted and now resides in Emily ready to be run in and tuned this coming weekend. 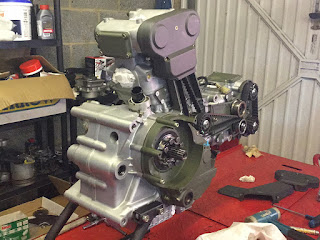 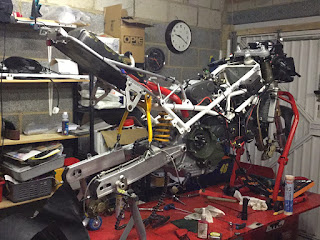