Well after what was quite an early start at 4am on Friday, we arrived in Liverpool with plenty of time to spare having avoided the rush hour through the M5-M6 interchange and the Manchester area. The trip over was pretty much as normal with Steam Racket, you arrive early to be loaded almost last and are then greeted with huge queues at the food hall, thanks guys. We arrive after a slightly choppy crossing and with the paddock in a state of flux we decided to opt for plan F and unpack the bike on Saturday. This turned out to be a good idea as we are now sharing a fixed garage in the A paddock with Ian and Alex Sinclair and their Matchless G50, this has also enabled Wayne to extend our garage at the rear with a 4.5m x 3m gazebo so we have a very nice private area complete with fridge and urn. Quite a luxurious affair really.
Our day has been fairly straight forward, which, looking at some of the other teams still fitting rain lights, race numbers and sorting electrical faults it almost worries me that we should have more to do. So for us it's just been a day of the planned jobs of fitting a new seat pad, adjusting the foot controls and popping a few decals on Emily.

Sunday is a day of rest, other than adding additional weight with more decals we just need to add fuel. I think we'll just do an engine test in the morning and decant away for a Sunday lunch.
Harriet has started getting to know her new camera so for today as practice has been cancelled due to poor weather I shall leave you with a selection of pictures from today. 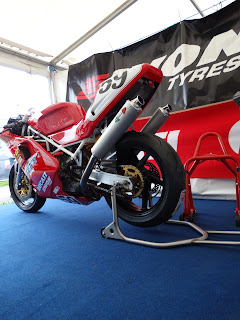 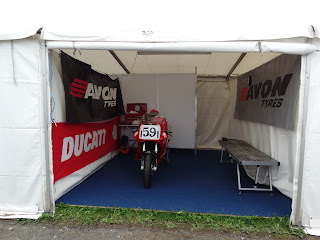 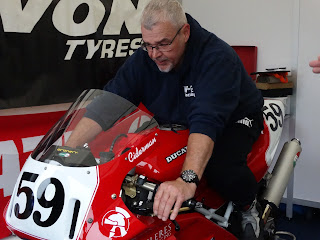 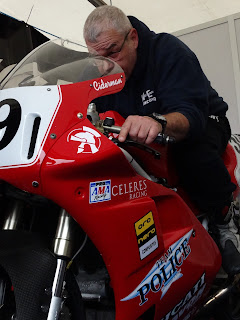 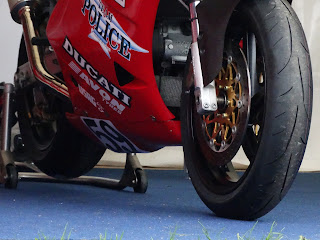 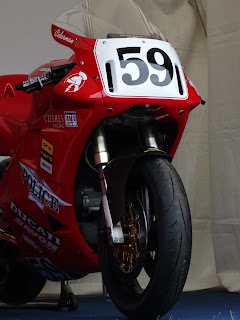 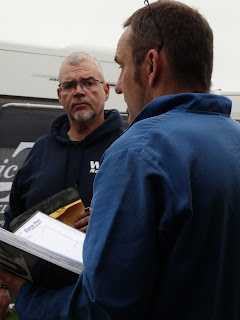 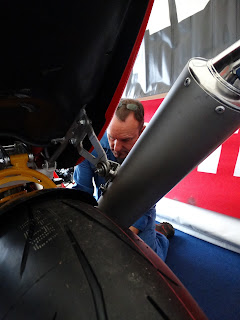 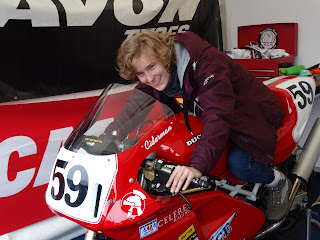 I want a motorbike licence 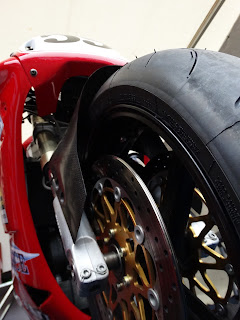 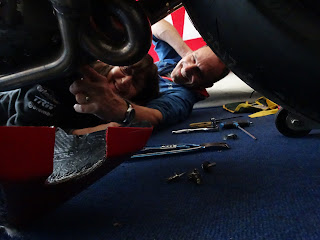 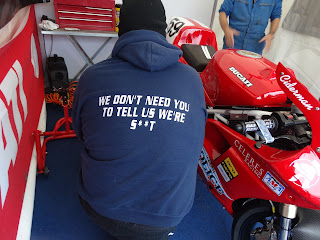