Sometimes it's all about the journey, sometimes....

When I said next stop Liverpool I didn't mean it had to be like that. An engine start failure on the Manananananan meant we departed the Liver Building an hour late, combined with force 5 weather this predicted a slow run across the Irish Sea, we arrived in Douglas at 01.50. Obviously the Steam Racket had foreseen this and the movie of the day was the almost everlasting part 2 of The Hobbit series, The Desolation of Smaug. Now I'm not sure I've seen anything that drawn out since the government started making excuses for the war in Iraq. Still it was entertainment, or at least it would have been if not constantly interrupted by the stomping of running children outside the overly bright cinema.
To parody a well known sketch,
"Child or freedom?"
"Er, child"
"One hammer each, door on the left, thank you."
"Hammer?"
"Yes sorry, we had a few complaints about running children. If you could simply nail one foot to deck to avoid disrupting the other passengers that would be great, thank you. Oh, alternatively let them play on deck in the dark and we'll see if Darwin was correct, thank you."

On behalf of the ferry company I'd like to apologise and say thank you to our home stay host Sheila, for staying up to meet us in Andreas at 01.30 in the morning and still be chirpy enough to make a cup of tea.

Still let's get down to the bit you're interested in, the bike.
Having arrived at our final digs for the week we were able to unload and finish off those last minute jobs.
First off is to introduce Stuart to Emily now that she is dressed. 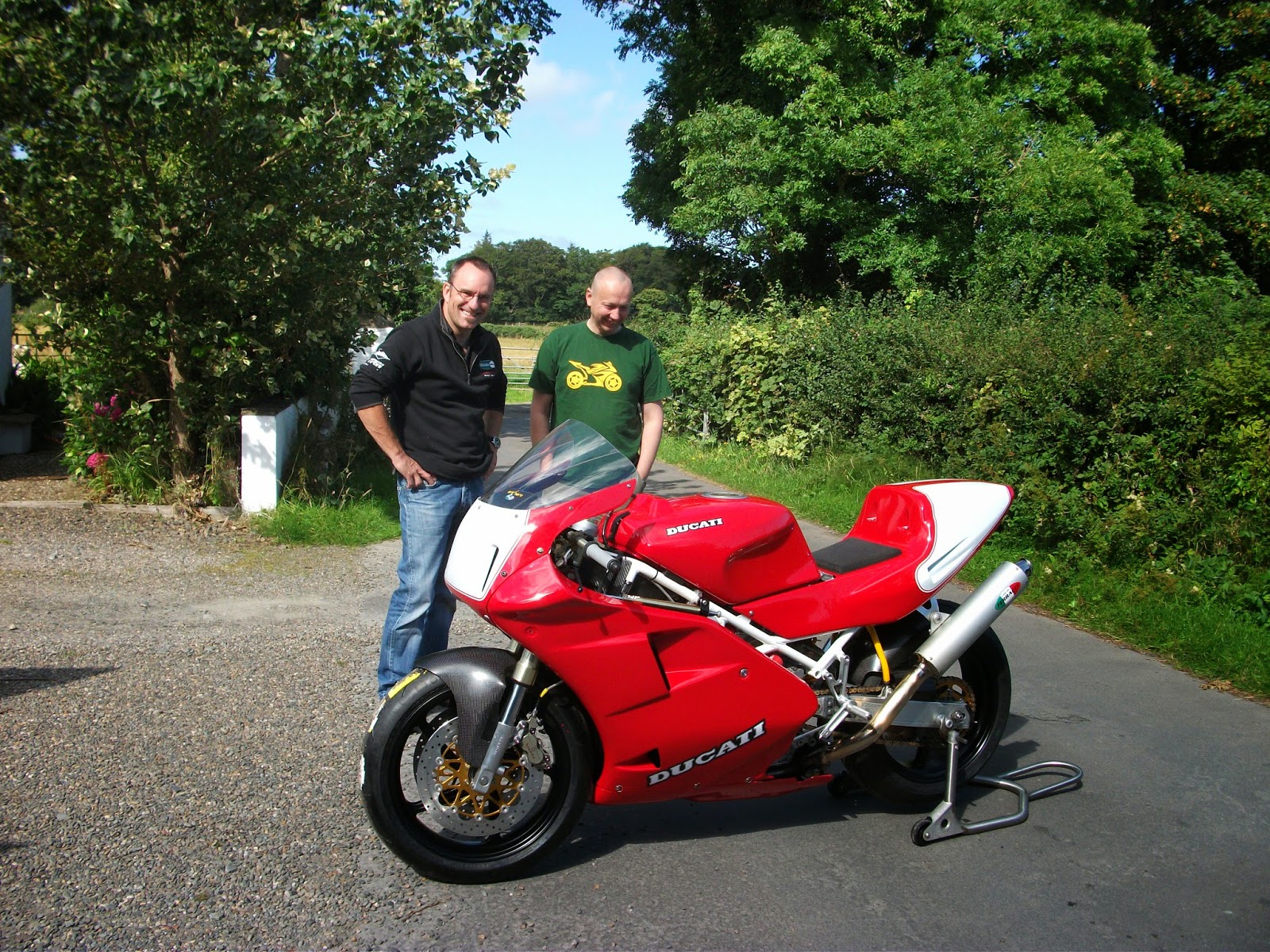 I've had an idea in my head of where all decals would go and pretty much as planned, so with some masking tape we can edit and fettle. 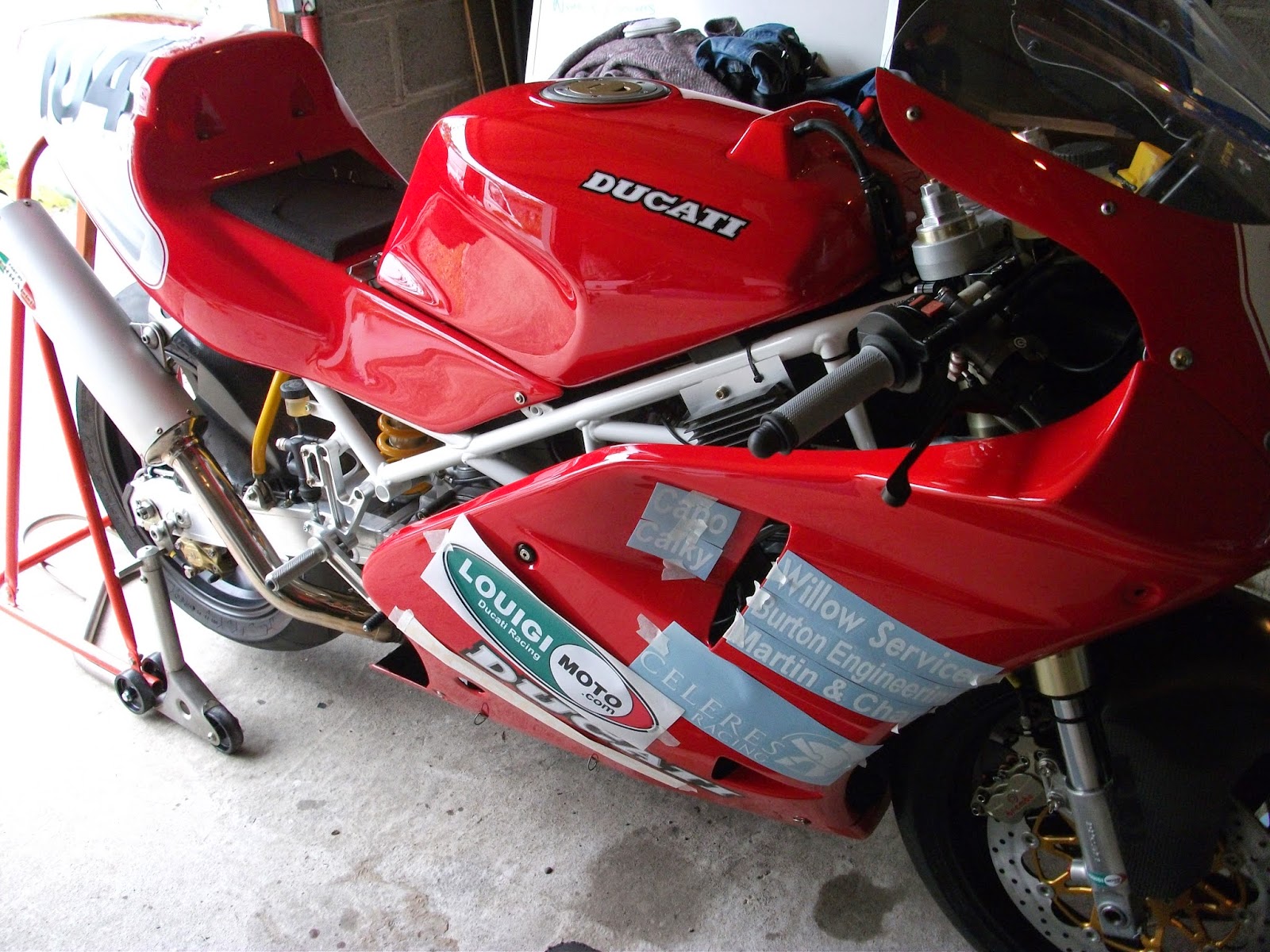 The application is a complete pain the neck, and I mean that. My neck was killing me sticking these things on. 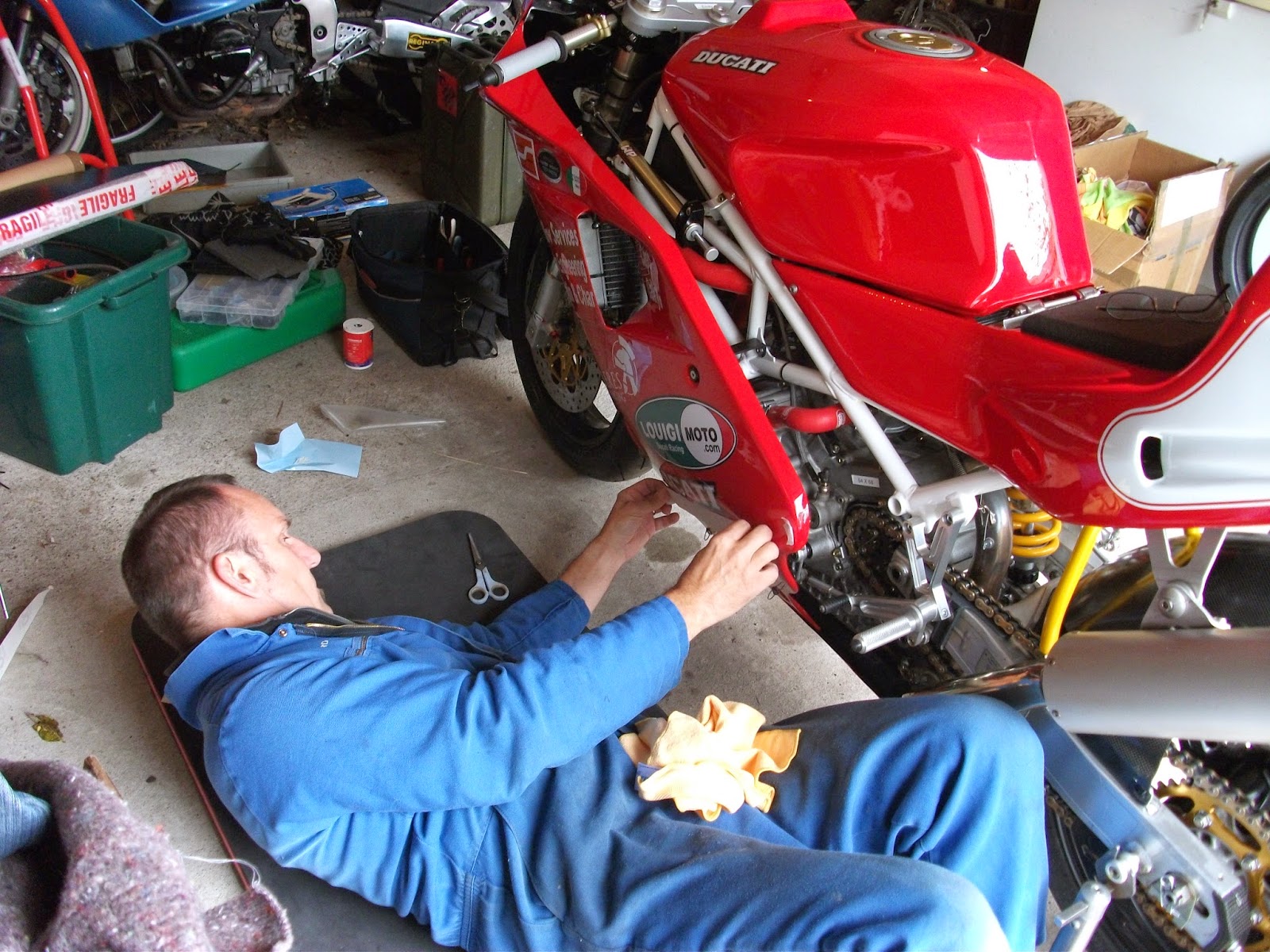 But in the end I hope you like the way she looks, she seems to have changed persona now and means to do business. 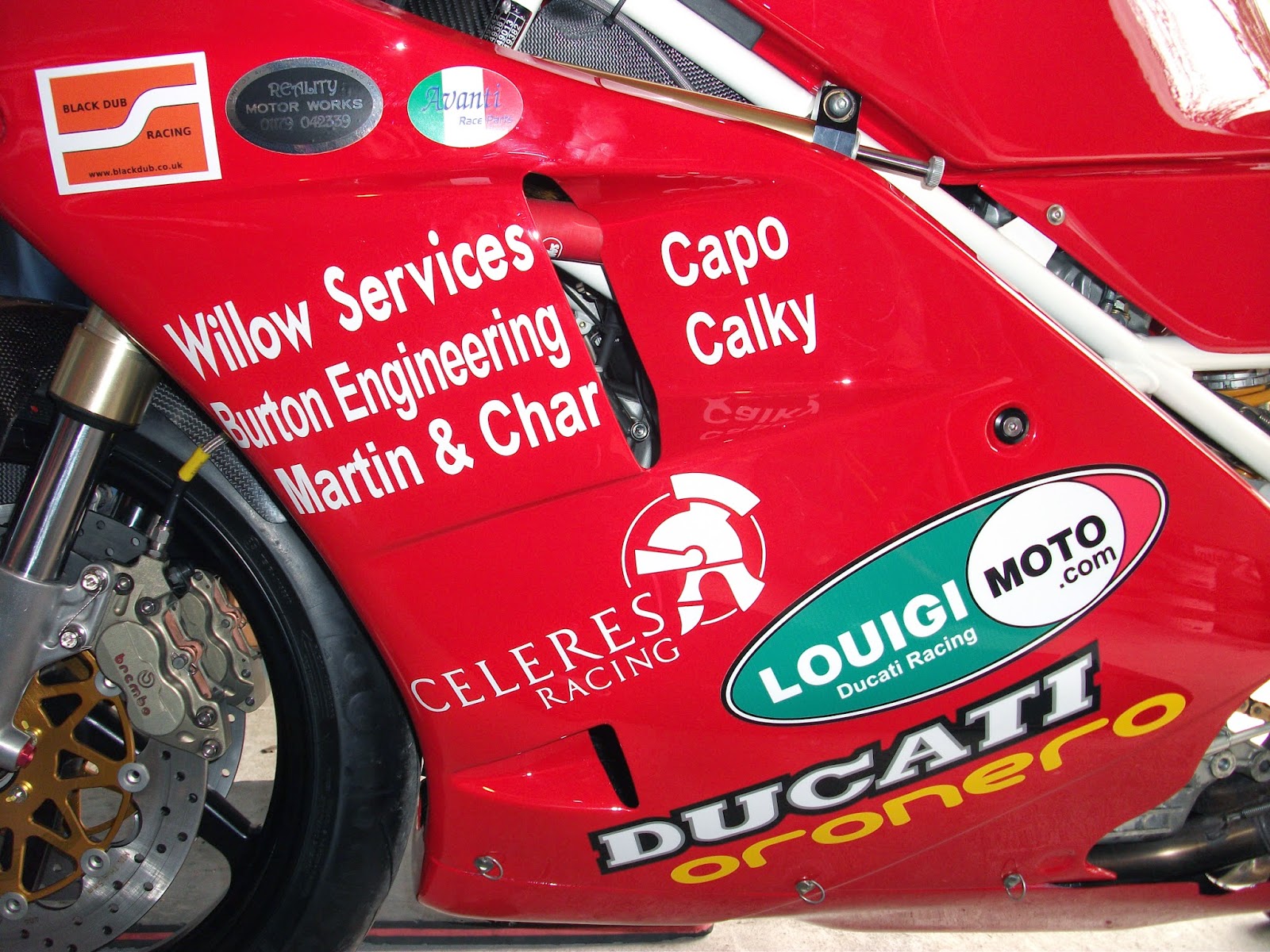 Now apart from the dyno Emily has not moved under her own power or even stopped for that matter. So Stuart was sent out for a quick foray up the road just to check that we have the gear lever and other controls in the right place and she actually stops! 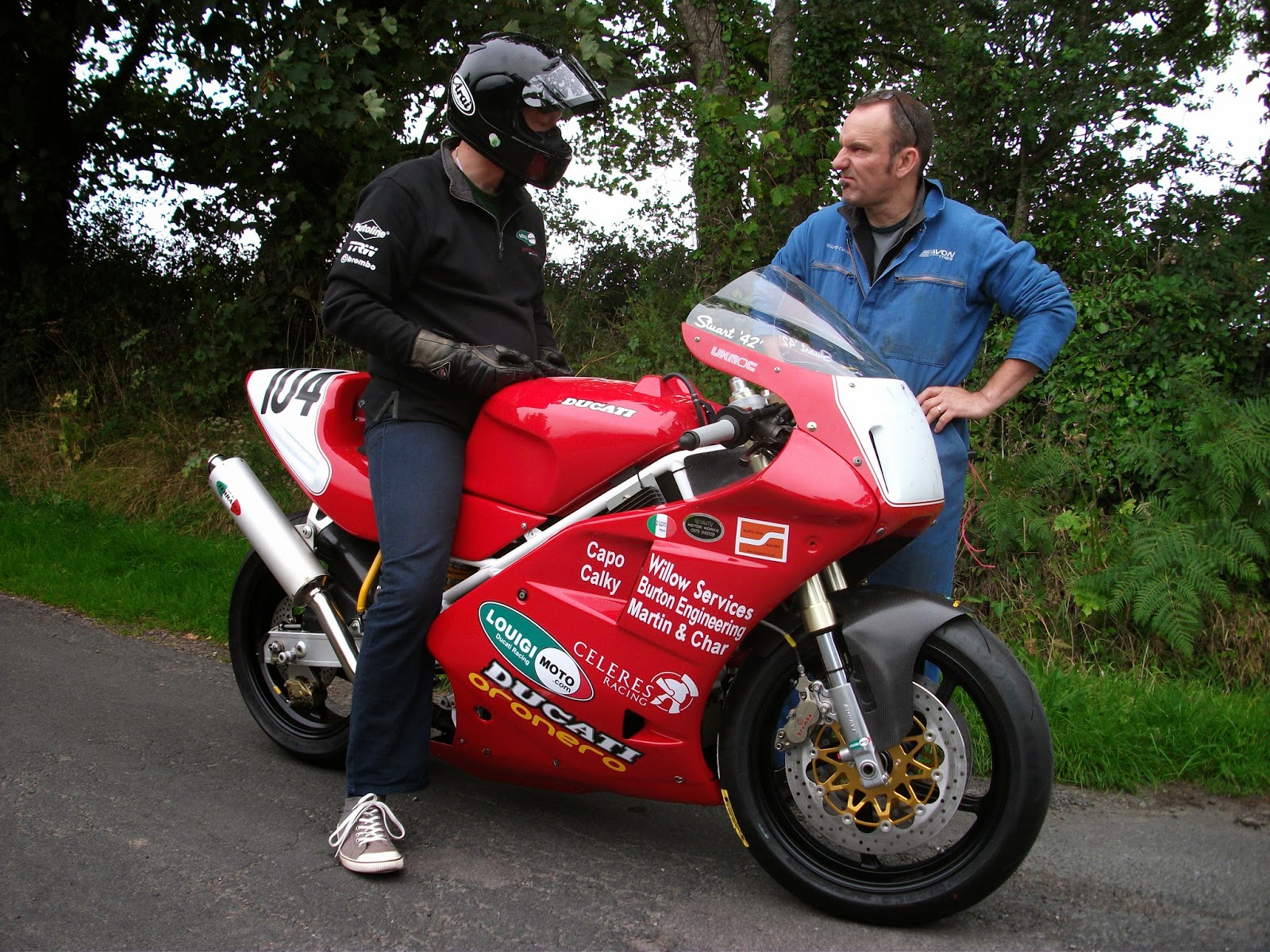 Tyre pressure check, pack the van check, lets go to the paddock.
In the day paddock where we are based it seems quite small, there's barely space for more than 14 vans not including an awning so we may share some room up in the garages with Alex Sinclair and the other Louigi Moto bike, a TT2 during the week.
For me now comes probably my most nervous moment to date and so to scrutineering.
The queue is long and the wait gets worse as we approach the front. The bike ahead of us has to go to the naughty corner for some last minute fiddles. The waiting is dreadful, not quite condemned man but you get the idea. Eventually an inspector comes along "Got the bike?" "Yep" I reply, and so it begins, the conservatory bike versus the man in blue. It all goes swimmingly really, he even says "nice bike" so I get one of these. 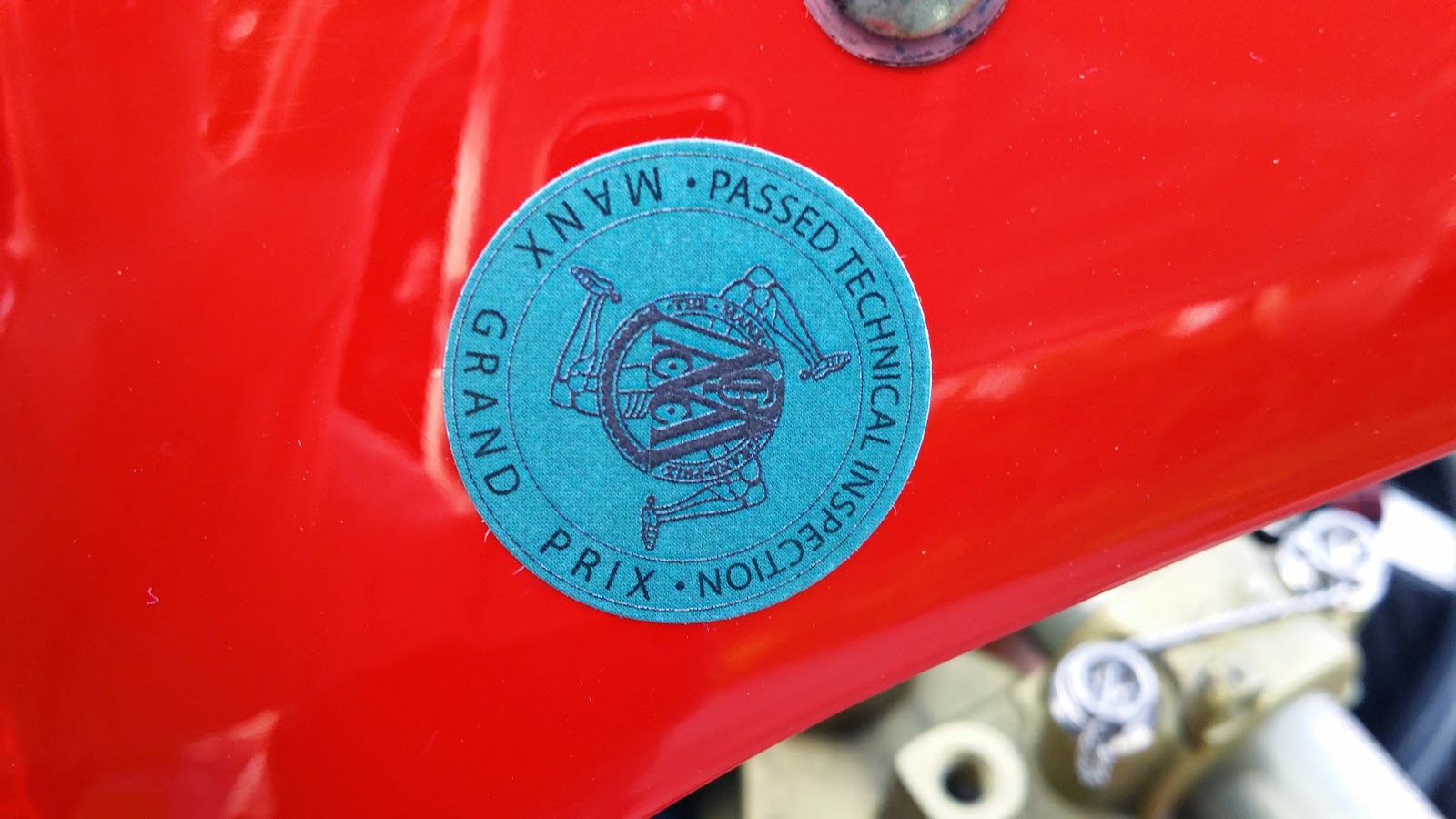 To go with one of these. 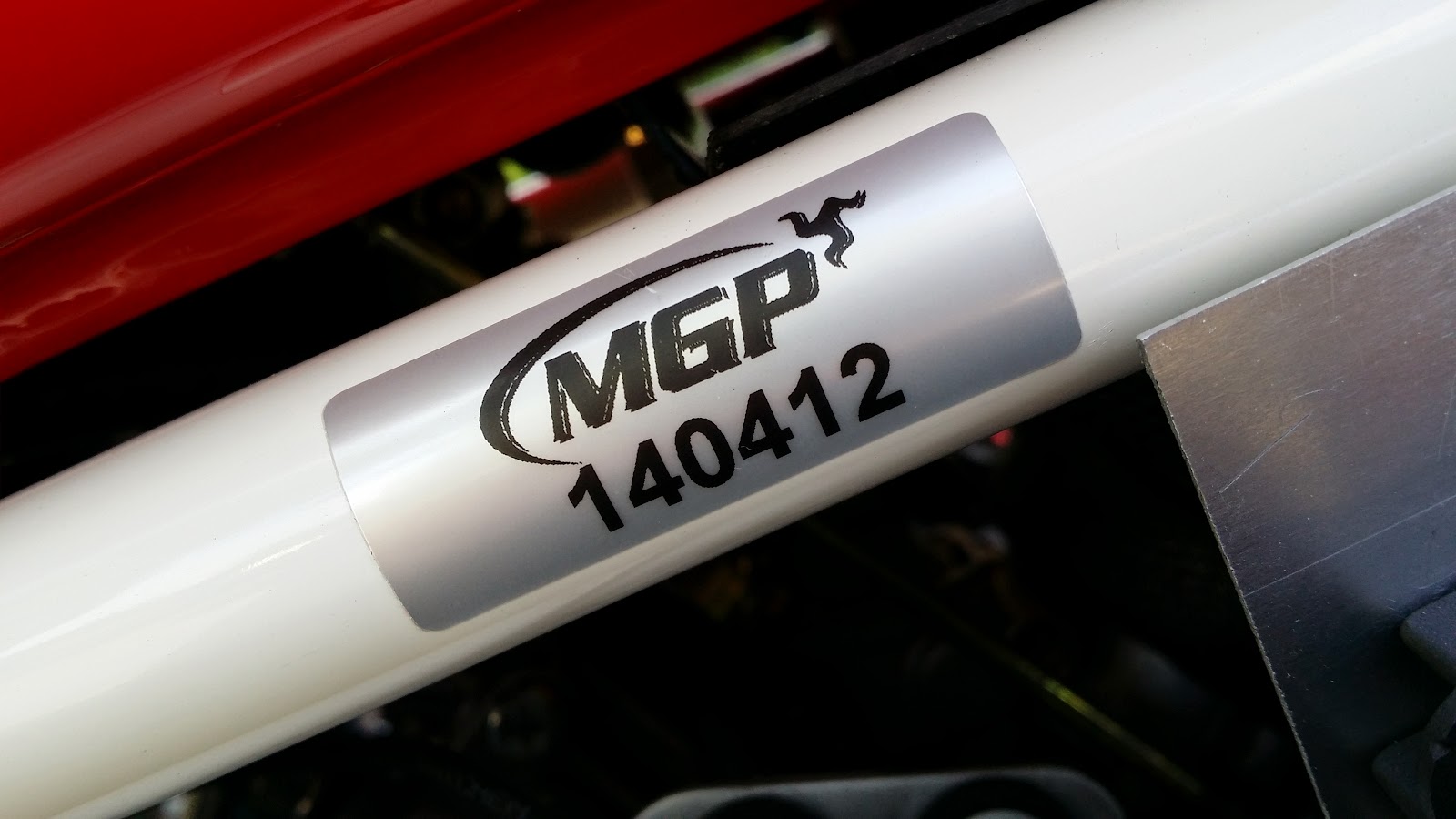 On the business side of things - Parc Ferme. 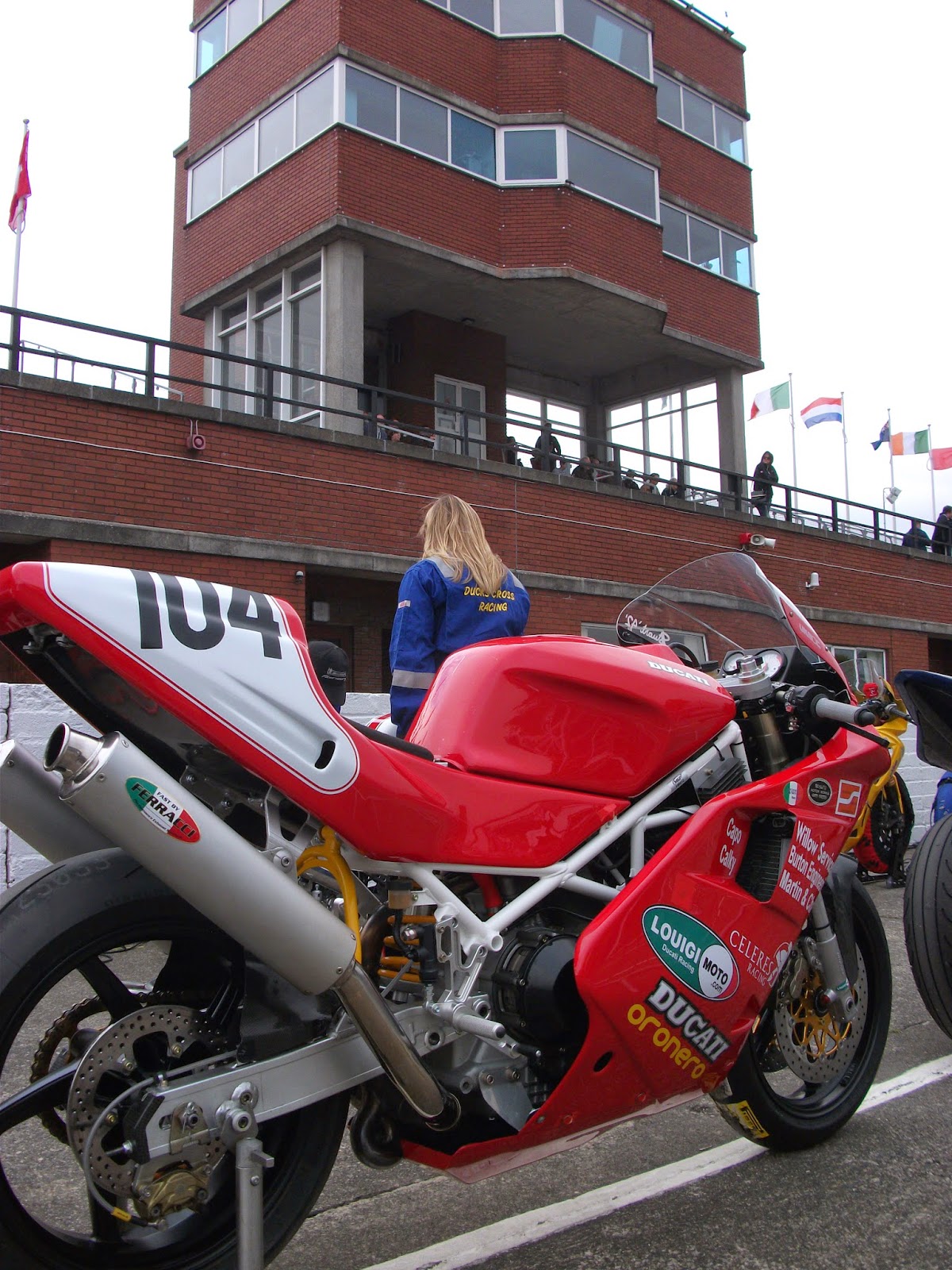 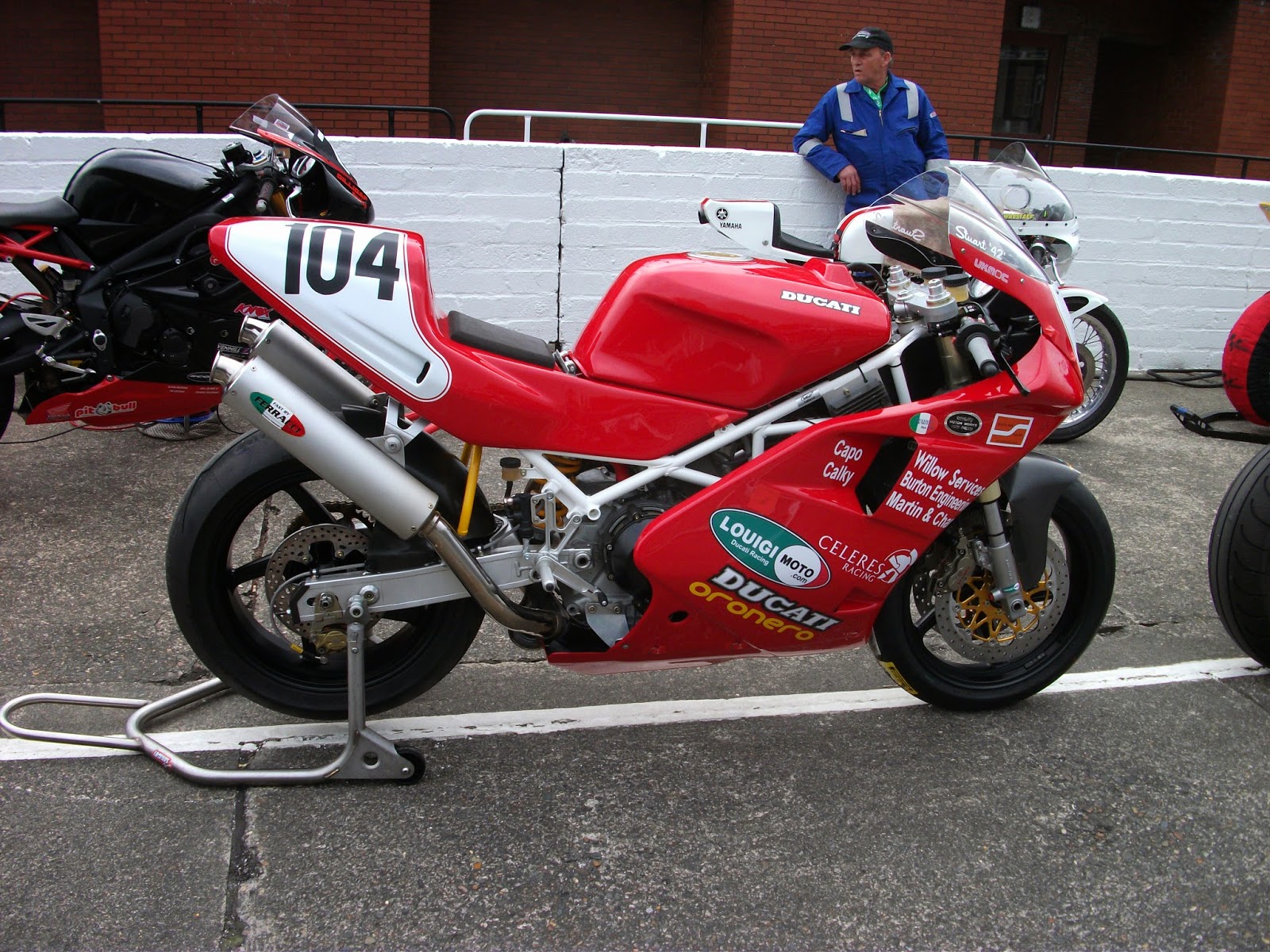 Unfortunately due to a lack of marshalls, a late ship (again!) and the Ulster GP combine to rob the Classic TT of Saturday night's practice. Still you can never have enough set up and tweeking time, it's strange, even when it's standing still you seem to find little things to do. Stuart is off out today (Sunday) for a lap or two on my Supersport 1000DS (now known as "Ze SS") to refresh again his braking and turn in points. Me, I'm off to check the clutch pack, can't say why but although it works it just felt odd as I rode Emily back to the van last night.